The genetic contribution of additive versus non-additive (epistatic) effects in the regulation of hematologic and other complex traits is unclear. Although many variants have been associated with a range of complex traits via genome wide association studies (GWAS), these loci combined in additive models do not account for most of the trait heritability. GWAS-type analyses typically ignore gene-gene interactions, in part because of the difficulty in detecting them in complex multicellular organisms, especially humans. We have previously shown that mouse chromosome substitution strains (CSSs) are a powerful model for detecting epistasis, and that for certain complex traits the relative contribution of epistasis to heritability is essentially equivalent to that of additivity. We have now applied the use of these CSSs to identify and map additive and epistatic loci that regulate a range of hematological-related traits and hepatic gene expression levels. A modified backcross was performed with CSS strains carrying the A/J-derived substituted chromosomes 4 and 6 on an otherwise C57BL/6J genetic background. By analyzing the transcriptomes of offspring from this cross, we identified and mapped additive quantitative trait loci (QTLs) that regulated the expression of 768 genes, and pairwise epistatic QTLs for 519 genes. Similarly, we performed a complete blood analysis of offspring from the cross and identified additive QTLs for platelets and percentage of granulocytes in the blood as well as epistatic QTLs controlling the percentage of lymphocytes in the blood (rs13477644, rs13478739; LOD = 3.4) and red cell distribution width (rs13477864, rs13478802; LOD = 3.7). The variance attributable to the epistatic QTLs was approximately equal to that of the additive QTLs, highlighting the importance of studying genetic interactions. Of note, even the SNPs in the most significant epistatic interaction models were undetected in our single loci GWAS-like association analyses, demonstrating the need to specifically test for gene-gene interactions in studies of complex traits. In summary, our studies identified epistatic loci in mice that are important regulators of hematological-related traits and gene expression. These studies call attention to the importance of extending single loci GWAS-type analyses to include analyses of gene-gene interactions to improve our ability to identify genetic variants that regulate complex traits. 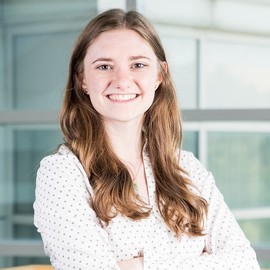